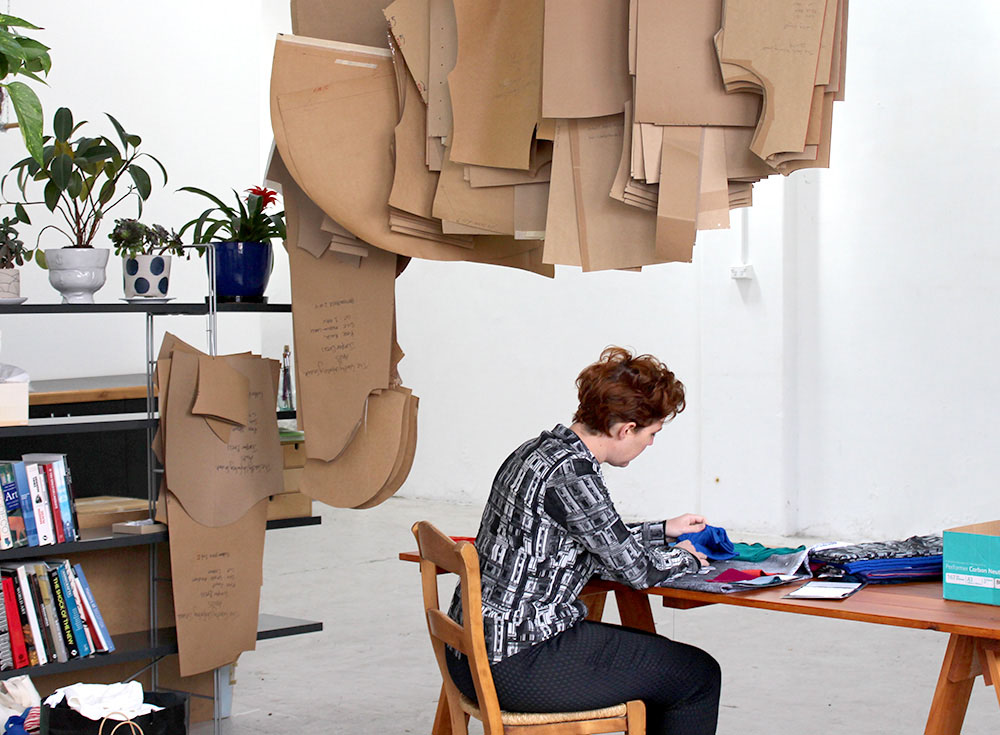 In the latest interview, fashion designer Anika Cook of The Gently Unfurling Sneak says switching from spreadsheets to accounting software as her business grew in scope and complexity helped her understand her finances.

“I started out with a lot of spreadsheets and I eventually bought a copy of MYOB and started using that to track all of my sales and expenses,” Anika says.

She called in her dad, with his “good business brain” to help her make the transition. It was easier than she expected. “Once I knew what all the terms meant that did come fairly naturally because I’m generally pretty organised,” she says.

As her business and finances became more complex, she came to reply on MYOB for more functionality. ”Now that I have employees it also deals with my payroll and well as inventory and things like that,” she says.

“You need to have systems in place so that you can just do it on a day-to-day basis and it doesn’t take up all of your time.”

Getting the accounts nailed left her more time for fun stuff and gave her useful numbers to crunch when she discovered her current studio on Queensberry Street a few years back. It was bigger and more expensive and came with a mildly terrifying three-year commercial lease. But its front section could easily be converted into a little shop, giving the entire space an appealing open-studio vibe.

Having accurate numbers to crunch at that point proved immensely reassuring. No prizes for guessing they stacked up, though Anika kept a decent Plan B up her sleeve. “Retail has not been going great in the past few years so it’s not really an obvious thing to do,” she says. “But the numbers were safe enough that I thought it would probably not fail completely. And also the studio was big enough that I thought, ‘If it goes really, really badly I’ll be able to sub-let and have some other people in here. That was my back-up plan.” She dived in, signed on, and set to work making the horrible paint and carpet a distant memory.

It was the right move. Opening the shop for just four (shortish) days a week leaves her plenty of time on the rest of the business, and has attracted a whole new market of loyal locals delighted to have locally designed fashion on their doorstep.

These days two part-time employees help Anika with the sales/admin/production juggle, and there’s not a sub-letter in sight. “It’s really lovely,” she says. “We feel like we’re part of the community now.”

Profitability has become central to Anika’s enterprise, whether she likes it or not. “I have stopped making things that are not profitable enough,” she says, “which is always really heartbreaking. Or I’ll only make a couple of those things, because they will end up being so expensive that I know only a few people will be able to buy them. I think that’s one of those things that you just kind of have to do to have a sustainable business.”

“I often think to myself, ‘I can maybe re-visit that later if I can find a way to make the numbers better.”

“And sometimes that does happen. A new production method will come up and I’ll be able to do something. But quite often we have to either not do something or change it quite dramatically so that it can be made and sold profitably. It’s sad.”

“Sometimes I’ll make one for me and I’ll be happy with that.”