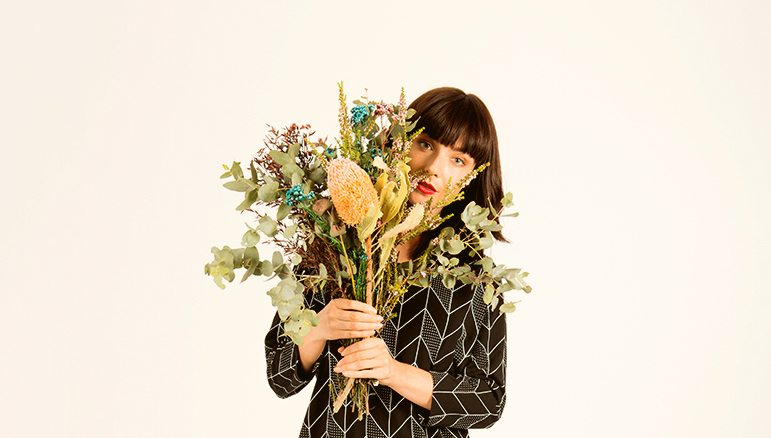 Anika’s inspired by other makers’ stories.

She’s forever asking questions and attending talks and workshops at places like Craft Victoria to pick up fresh ideas from makers she admires.

Madeleine Dore’s long-running interview series Extraordinary Routines is another source of inspiration. She rewards herself with a read after knocking over some crappy task she’s been putting off.

“I adore that website,” she says. “It’s just really wonderful to pick up ideas about ways to work. Probably a big part of when I decided to stick to business hours … was looking at that and realising that a lot of people who were interviewed give themselves a whole day off a week, or they start work at midday every day, or whatever it is – they’ve figured out what works for them and they just do it and they don’t feel guilty about it. That’s always immensely reassuring.”

She turns to informal networks of like-minded creatives when she needs a sounding board. Some hail from her design market days, others from Melbourne’s much loved Creative Women’s Circle.

“I’ve got a network of people who run similar business to me and we often get together and ask each other questions,” she says. “Even something like, ‘So how do you work out GST on fabric that you’ve imported?’ and other little things that you might spend all day trying to figure out on your own.”

Sometimes they just need to vent. “It’s a very common thing that if I’m having a bad day I’ll text someone and say, ‘I can’t believe this has just happened’,” she says. “And they’ll have had a similar experience and will understand exactly what I’m talking about.”

“Building a network like that did take a long time,” Anika says. “We’ll get together at events or just when I see them around town and we’ll all have those kinds of discussions because everyone’s got something on their mind that they need advice about. That never goes away. You always need help with something.”

“Before I opened the studio-shop it was quite a lot of extra rent and so I was incredibly stressed out about whether that was a good decision. And it was a three-year lease, so that was very nerve-wracking. And a commercial lease, which is a whole different kettle of fish. I remember going to a Creative Women’s Circle morning tea and just laying that out there and saying to people, ‘What should I do?’ And they all said, ‘You should do it.’ That made me feel a lot better. And I just thought, ‘Okay, I’m just gonna do that.’

“It’s incredibly helpful to have people like that who know what you’re talking about and where you’re coming from and give you really, really excellent advice.”