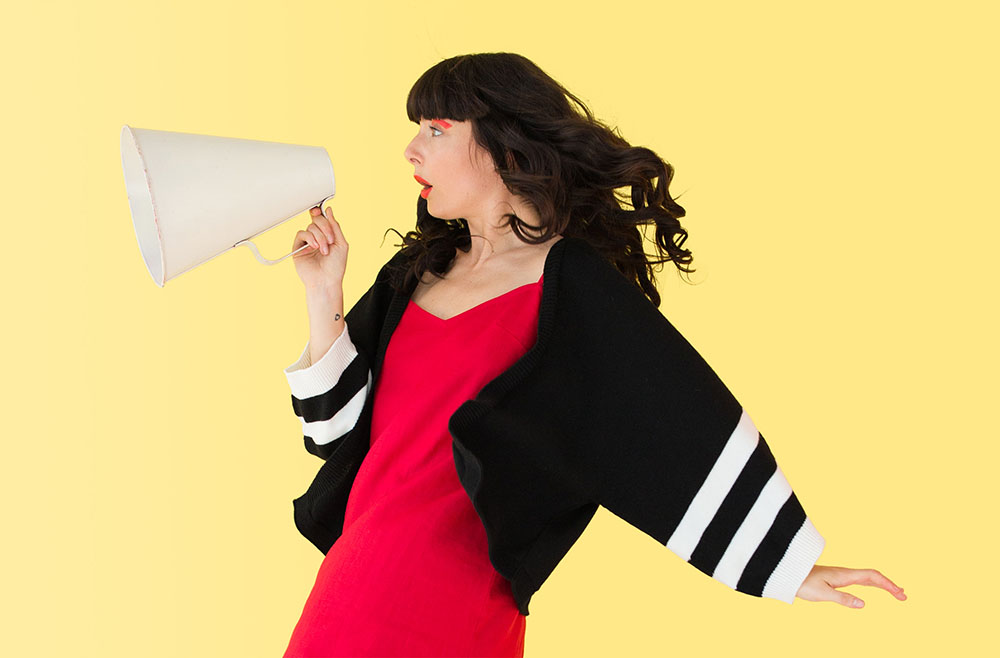 “Celebrating the failures is really about marking it and then feeling like you can move on.”

“It’s just saying, ‘This has happened. That’s okay. We got cake anyway. And now let’s do something else.’ I love that. I still do that.”

“A lot of the time failure is not your fault, it’s just that something bad happened. Or you haven’t sold this thing well because of some reason that has nothing to do with you. It’s not in your control.”

She’s made plenty of useful mistakes. “I can get really specific, like, ‘You should never get fabric printed by people who have only ever printed on paper’,” Anika laughs. “I did some printing with some people who’d just got a fabric printer and they printed it all off-grain, because they didn’t know what grain was. They sent it to me and it was hundreds and hundreds of metres and I couldn’t use any of it. So we had to have a big discussion about that.”

“Production makes are always happening and I’m definitely always learning, “Okay, I won’t do it that way again’.”

“In terms of bigger picture things I think I’ve learned to rein in the new designs and the new tangents that I go on. For a long time I was always doing something really different for every new collection. That inevitably brought up problems in production because I’d never done that before and neither had my manufacturers. So we always had little things we ran into which increased the time it took to make things. So I’ve learned to introduce new things a bit more slowly, and definitely to take the time to give those ideas the full exploration that they need.”

Success to Anika doesn’t mean endless growth and expansion. She’s happiest when she’s about to spend about half her time scratching the creative itch that led her into business in the first place.

“My goals when I started … were just, ‘I’d like to sell these things that I made today’,” Anika says. “And then it was that I wanted to make enough money to be working full-time at the business.

“That’s my idea of success still: that I can keep going, and I can pay my rent and pay my employees and pay for next season’s production. I’m happy with that.”

Share:
0 Likes
Loading...
Tags:
Business failure Business Success Interview series Kath Dolan Why Thank You I Made it Myself